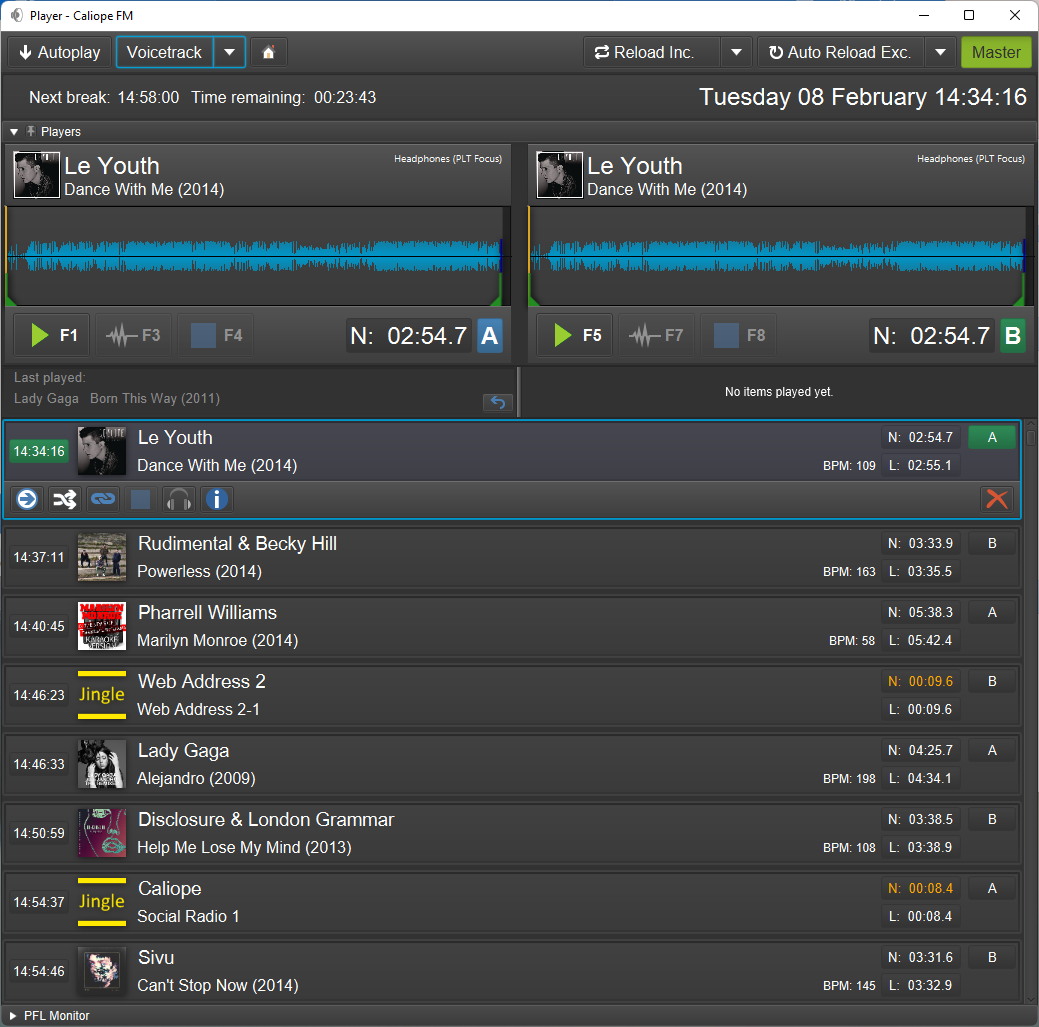 Two of the new features you can expect in this version:

If you have a support contract or if you are renting the software version 7.3.0 will be free. Download OnAir Radio 7.3.0 here.

The new version (version (7.2.0) of our TV scheduling software OnAir TV comes with one brand new feature and some bug fixes.
The new feature is the possibility to trigger actions based on incoming files in the watch folder.
The watch folders can now trigger a set of actions like importing a new file, putting the file it in a designated category, place the file in the playlist, refill any gaps and re-export the playlist. This means that the watch folders can control the playout software to a certain degree. For example: as soon as the latest news file is placed in a Windows folder, the news file will be imported automatically into OnAir TV, placed in a specified category, will be ingested in the playlist, gaps will be filled automatically and the playlist will be re-exported. This will all be done automatically. This new watch folder feature will automate your TV scheduling process to an even higher degree!

You can download the 7.2.0 update of OnAir TV here.